Biomass is the preferred renewable energy source for Europeans. 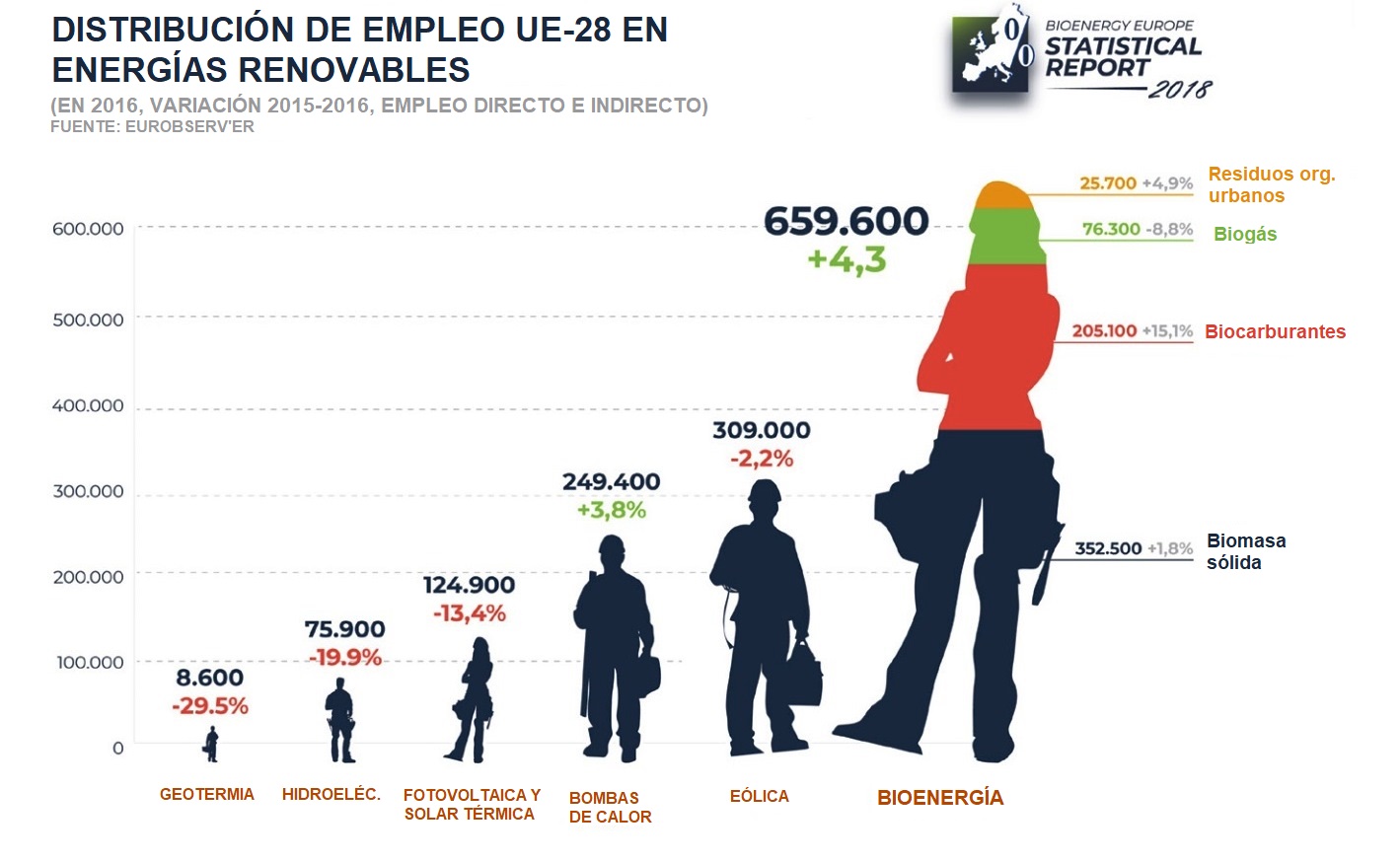 Thanks to the higher consumption of biomass in Europe, it is being possible to improve forest management by making part of the underutilized natural resources productive from the mass consumption of fossil fuels. Bioenergy has become an effective tool that fights against rural depopulation and the abandonment of European forests. The new use of biomass as a source of renewable energy, in a comfortable and more economical way, is causing without any doubt, the recovery and considerable improvement of all the European forests, while reducing the abandonment of them and , therefore, the risk of forest fires.

The most important renewable in Europe.

Bioenergy contributed the 10,5% of gross final energy consumption in Europe in 2016, two thirds of the total contribution of Renewable Energy. The reason is that it is an optimal solution, in fact, thanks to the efforts of thousands of SMEs, professionals and consumers, its contribution to the European Energy Mix has doubled. Specifically, providing the 17% of the heating in Europe, the 6% of electricity and the 7% of transport in the form of biofuels.

In 2016, biomass consumption in Europe was equivalent to 116 million tons of oil, mobilizing some 56.000 million euros in the European Economies. According to the projections of the different Member States of the EU, 2020 is expected to grow by 21% compared to 2016.

The energy that generates the most employment in Europe.

In 2016, around 659.000 people worked directly and indirectly in the bioenergy sector in the EU-28. Being the solid biomass the one that generates more than half of these jobs, since the different processes of the chain of supply of biomass realizes inside our territories, from the recolección of the raw materials, until the final production of the green energy.

Noticias relacionadas
AVEBIOM proposes two projects to the Government of Spain to bring renewable heat with biomass to 900.000 people
Bioenergy Day in Spain: almost a month of energy self-sufficiency thanks to biomass
Christian Rakos, president of the World Bioenergy Association, receives the Fomenta la Bioenergía 2020 award
Related exhibitors
Our Exhibitors
More than 500 exhibitors will present the latest developments, products and technologies available in the international market.
Know them