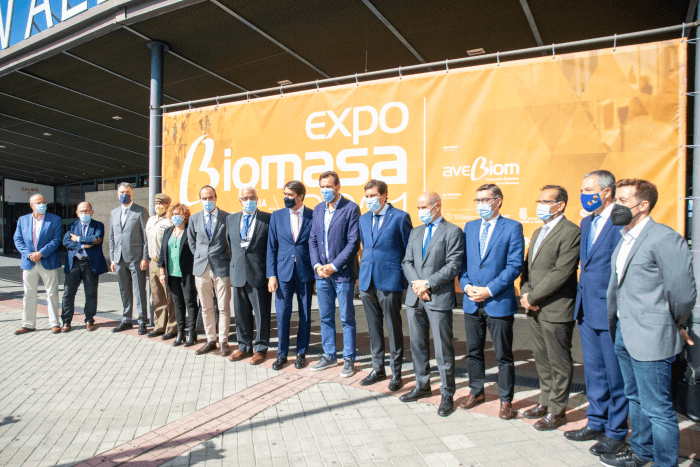 The Spanish Biomass Association, AVEBIOM, is the only association that since 2004 brings together the main economic actors in the bioenergy sector throughout the entire value chain, and whose objective is to promote the development of this business sector in Spain and contribute to increasing the consumption of biomass for energy purposes in a sustainable way.

Since 2006, AVEBIOM has organized the Biomass Fair –EXPOBIOMASA-, with a large number of participants. In the last edition, held in September, 7.480 professional participants from 35 countries attended, becoming a very relevant activity for the revitalization of this sector.

This year a triple dimension of the event was proposed as a Fair linked to the energy use of solid biomass as a source of renewable energy, the Renewable Gas Hall and the International Bioenergy Congress.

In view of the success of previous editions and given the uncertainty of holding professional events in the city of Pisuerga, the Valladolid City Council considered collaboration in the activities carried out by AVEBIOM of maximum interest, due to the business, professional and technological nature of the themselves and for being a measure of support to the energy transition of the productive fabric, and in a particular way of the industrial sector of the city.

Valladolid City Council works to promote innovation and support policies for the knowledge economy, to support entrepreneurship and companies, with strategic projects to attract investment and internationalize the city, in addition to promoting economic cooperation relationships and commercial as well as relations with institutions and associations of an economic and commercial nature. Within the scope of these powers, the Valladolid City Council is aware of the importance of boosting the bioenergy business sector, of great added value and key to the ecological transition, the promotion of innovation and technology in the energy sector sustainable, as well as its promotion in industrial and domestic use. The result has been a collaboration agreement between the Valladolid City Council and the Spanish Biomass Association to carry out activities to promote bioenergy, highlighting the celebration of the 2021 edition of ExpoBiomasa, as well as the parallel activities of the Show of the Renewable Gas and of the International Congress of Bioenergy.

The Spanish Biomass Association publicly recognized during the event that the successful celebration of the triple event was largely due to the collaboration agreement between the association itself and the Valladolid City Council.

Noticias relacionadas
Now is the time to think about switching to biomass
May 9, 10 and 11, 2023, new dates for Expobiomasa
Forest engineers ask to lower the VAT on biomass from 21 to 10%
Related exhibitors
Our Exhibitors
More than 500 exhibitors will present the latest developments, products and technologies available in the international market.
Know them