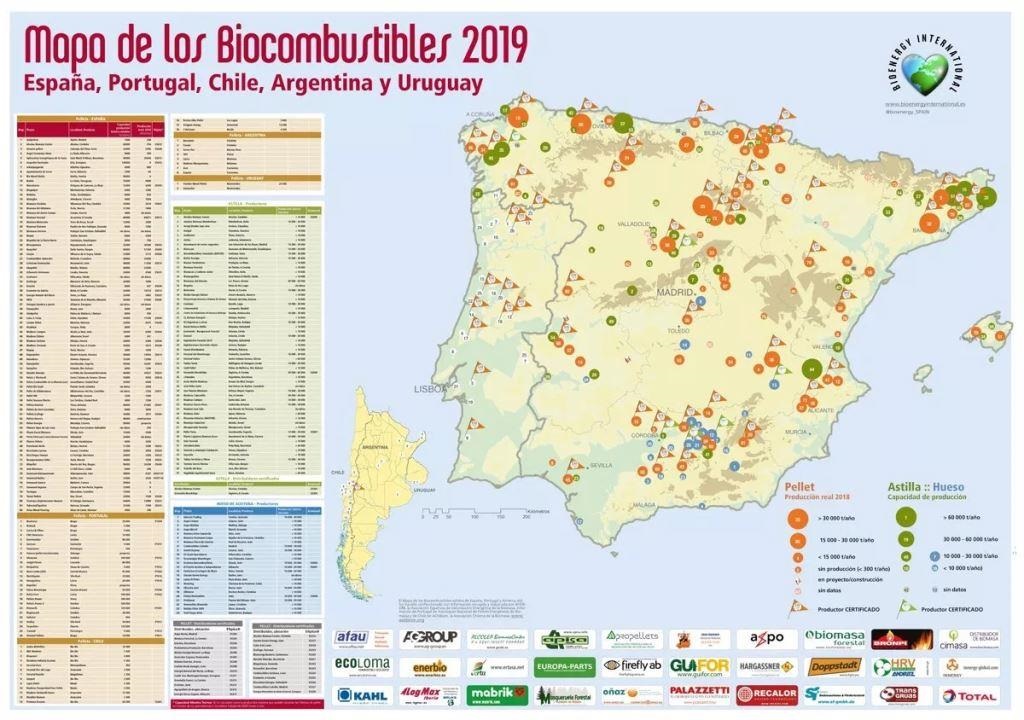 The map of Spain, updated every year by AVEBIOM, collects 82 pellet mills, one less than last year.

However, the manufacturing capacity increases again and is at least 2.152.800 tons per year. This has been in part thanks to the capacity expansions of 16 plants (by four factories that have reduced their capacity and 6 plants that have not provided their data). On the other hand, 4 plants have ceased their activity and new factories start to operate 3.

In actuality there are 39 plants with certified ENplus® production, Four of them have been incorporated this year, the last of which has been that of Arapellet, the largest capacity in the country with 140.000 t / year between wood and straw pellets.

With the data available, the greatest capacities are located in the larger communities and with more plants: Castilla y León could produce 460.000 tons per year; Andalusia more than 310.000 tons; Aragón is placed in 185.000 tons of capacity thanks to the recent inauguration of the Forestalia plant; other regions such as Castilla-La Mancha, Cataluña, Galicia, País Vasco, Navarra and La Rioja exceed 100.000 t / year.

In Portugal there are 25 pellet producers, more than half certified ENplus®. The total capacity of the country exceeds one million tons per year, and 11 factories are capable of producing more than 50.000 tons per year each. This information has been provided by ANPEB, the National Association of Biomass Energy Pellets.

In Chile there are 16 active plants,  most in the center of the country. Its production exceeded the 137.000 tons last year. These are small factories except for the Ecomas plant -certified ENplus®-, which produces 60.000 tons. As reported by AChBiom, the Chilean Association of Biomass.