Logset launches the second hybrid forest processor with savings of 30 percent of fuel. Forest Pionner will be at Expobiomasa 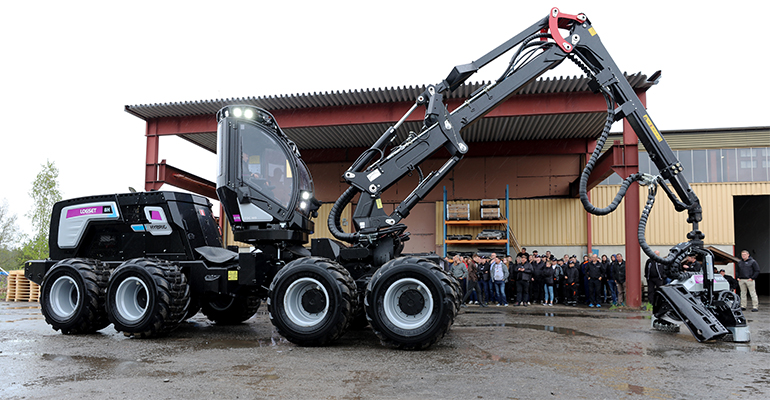 The Finnish manufacturer of forestry machinery Logset Oy, represented in Expobiomasa by the company FOREST PIONNER, has launched a new hybrid forest processor: the Logset 8H GTE Hybrid. It is the second and smallest hybrid model of the company after the world's largest wheeled logger, the Logset 12H GTE Hybrid.

The new model has an AGCO Power 74 LFTN diesel engine that complies with EU 5 Class emission regulations and a electric motor that provides up to 100 kW of additional power.

Increased productivity through a faster torque response, which allows the machine Easily perform multiple tasks at the same time. The machine has lower operating costs compared to a normal harvester, the main benefit of hybrid technology, since the fuel savings It can be up to an 30 percent.

Noticias relacionadas
The demand for biomass for energy uses soars in Galicia
Wheelbarrows for all Manitou land
AG GROUP sells top quality forestry machinery
Related exhibitors
Our Exhibitors
More than 500 exhibitors will present the latest developments, products and technologies available in the international market.
Know them