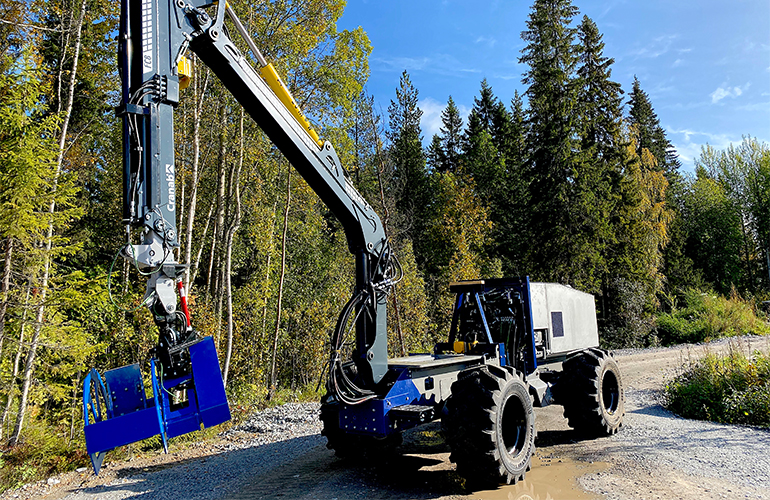 In Sweden, researchers from Luleå University of Technology (LUT) have designed and built a autonomous forestry machine which, they say, is now ready for field testing. "We have replaced everything that humans do, and now we will test it," said Magnus Karlberg, professor of machine design.

The drivers will be present when these vehicles go autonomously through the forest, but they will do other things. Instead of sitting in the cab, they will be at a distance and controlling multiple vehicles via remote controls.

The machine can be controlled with a remote control, but can also be programmed to do the job on its own. Currently, the machine runs on biodiesel and is built without a cabin, but with a conventional propulsion system, a crane, pendulum arms and sensors. The autonomous vehicle is equipped with sensors so you can make good decisions and increase safety. For example, if a person gets too close, the machine stops by itself.

Professor Karlberg is convinced that autonomous off-road vehicles will change agriculture and forestry, but we are still several years away from seeing these types of vehicles working in the forests.

Noticias relacionadas
FRAVIZEL presents its new equipment to take advantage of stumps at EXPOBIOMASA 2021
Comercial de Suministros presents at Expobiomasa the new fully electric chipper ideal for a more ecological and comfortable work with zero emissions.
HAMMEL Recyclingtechnik GmbH presents a new generation of biomass crushers at EXPOBIOMASA 2021
Related exhibitors
Our Exhibitors
More than 500 exhibitors will present the latest developments, products and technologies available in the international market.
Know them