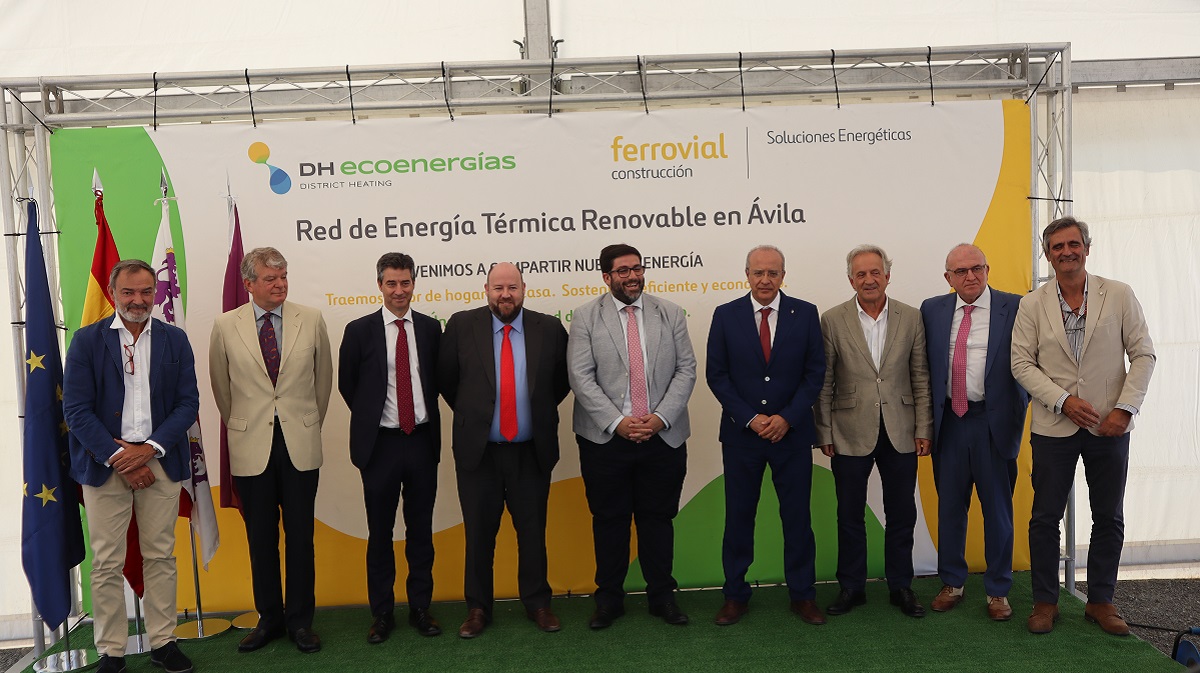 Biomass silver, promoted by DH Ecoenergías and Ferrovial, will be operational in the spring of 2024 with the forecast that it will reach between 7.000 and 10.000 homes in the capital of Avila.

The project was born with the "vocation to serve the entire city", following in the footsteps of cities like Paris, where the renewable heat network has more than 500 kilometers, or Denmark, which "only knows the heat network" as a driving force to supply heating and hot water. At least, this is what the president of DH Ecoenergías, Teo López, has pointed out. “We are not wrong, we are on the right path, but it is difficult”, he pointed out.

With this objective, DH Ecoenergías and Ferrovial have laid the "first stone" of a project that will entail a private investment of more than 30 million euros and creating 230 jobs, both in the infrastructure construction phase and in its maintenance.

The renewable thermal energy network will help "eradicate the use of gas and diesel" by reducing the bill by 25%" and, in addition, "reduce some 30.000 tons of carbon dioxide emissions".

Likewise, this biomass energy network “will allow to clean the mountains”, and thus “reduce the risk of fires in a province like Ávila, where fires are always a threat”.

This project is a "milestone" that will reduce the "environmental impact of the city", in addition to "guaranteeing the comfort of citizens and making the supply of heat independent of the uncertainty and fluctuations of international markets". For David Pocero, from Energy Efficiency at Ferrovial Energy Solutions, this biomass network “will guarantee efficiency, sustainability and security of supply”.

The event, where the "first stone" of the biomass plant was laid, which "will be transparent" and its projection will be "a source of pride for all Avila residents", was attended by the Deputy Minister for the Environment, Housing and Planning of the Territory, Rubén Rodríguez Lucas, who, together with the mayor and the presidents of DH Ecoenergías and Ferrovial, has buried a time urn.

Related exhibitors
Our Exhibitors
More than 500 exhibitors will present the latest developments, products and technologies available in the international market.
Know them
Noticias relacionadas
19 new heat networks with biomass and one with geothermal energy in Spain during 2022
150 neighborhood communities, 18 public buildings and another six private ones are connected to the Soria Heat Network with #biomass
León's sustainable heat network will supply heating and hot water to more than 28.000 homes and 150 buildings