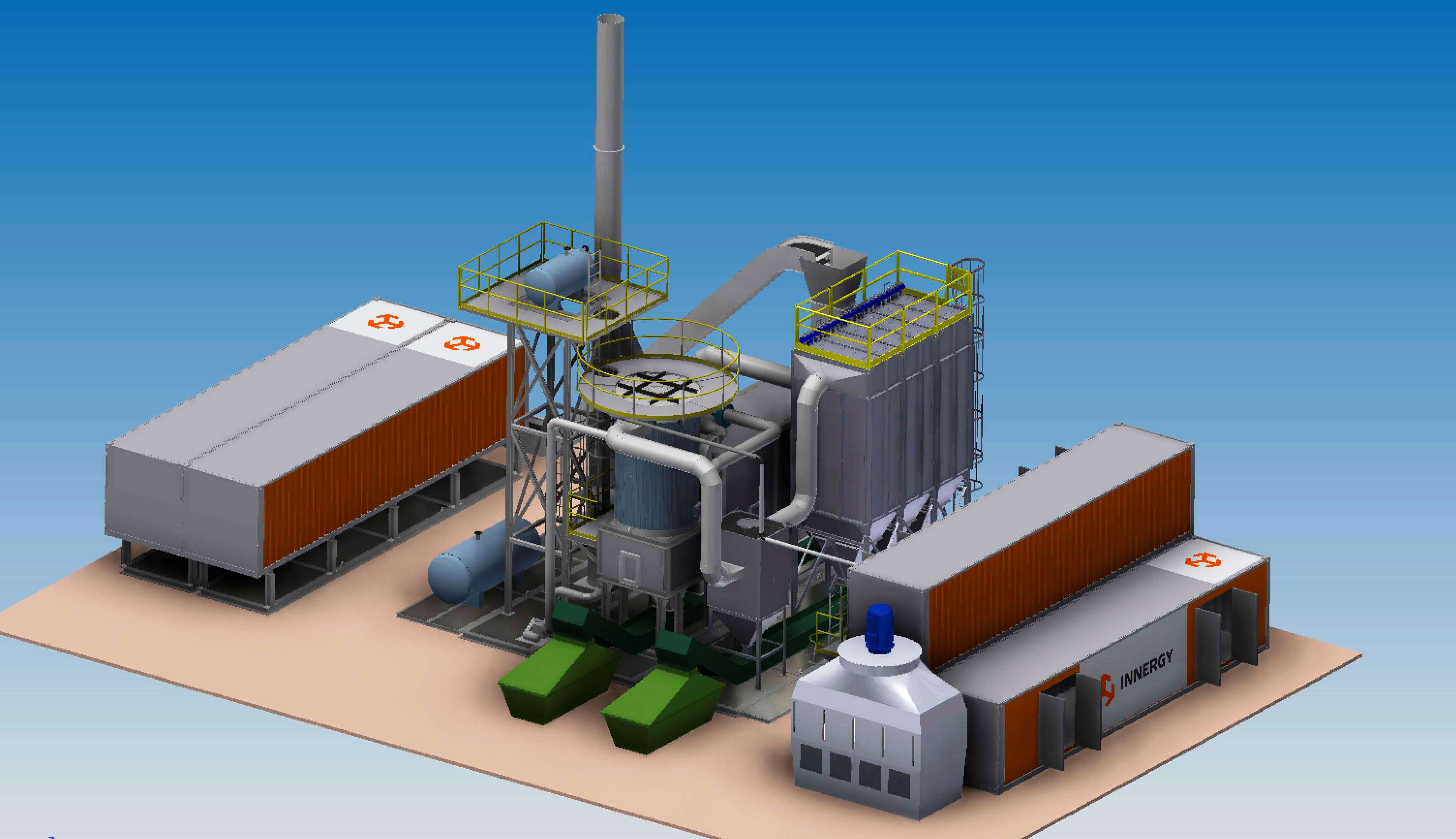 The new product presented by INNERGY at Expobiomasa as a world first, has the following characteristics and advantages:

Due to its small dimensions and versatility, it provides a very attractive solution to small waste generators or municipalities that want to give a commercial outlet to their waste, and in turn have thermal needs, such as swimming pools, schools, spas, hotels, or industrial processes, in which to use this heat.

The special configuration of the plant allows its fully automatic operation, at a minimum cost, compared to other technologies existing in the market. As a result of the development, it is also planned to define different work modes for complex fuels such as bamboo, rice husk, and others that, due to their low cost, will allow a quick return on investment.

INNERGY has developed this product with a view (in a first phase) to the Japanese market, once it has reached a lower cost by scaling production to higher volumes, being able to introduce it worldwide, both in LATAM and in Europe.

Noticias relacionadas
GEBIO ENERGIA already manufactures its own pellets and thus manages to integrate its Energy Services Company process
AWARDED THE 2021 INNOVATION AWARDS FROM EXPOBIOMASA
Compte.R's new low-emission biomass boiler is presented at Expobiomasa
Related exhibitors
Our Exhibitors
More than 500 exhibitors will present the latest developments, products and technologies available in the international market.
Know them