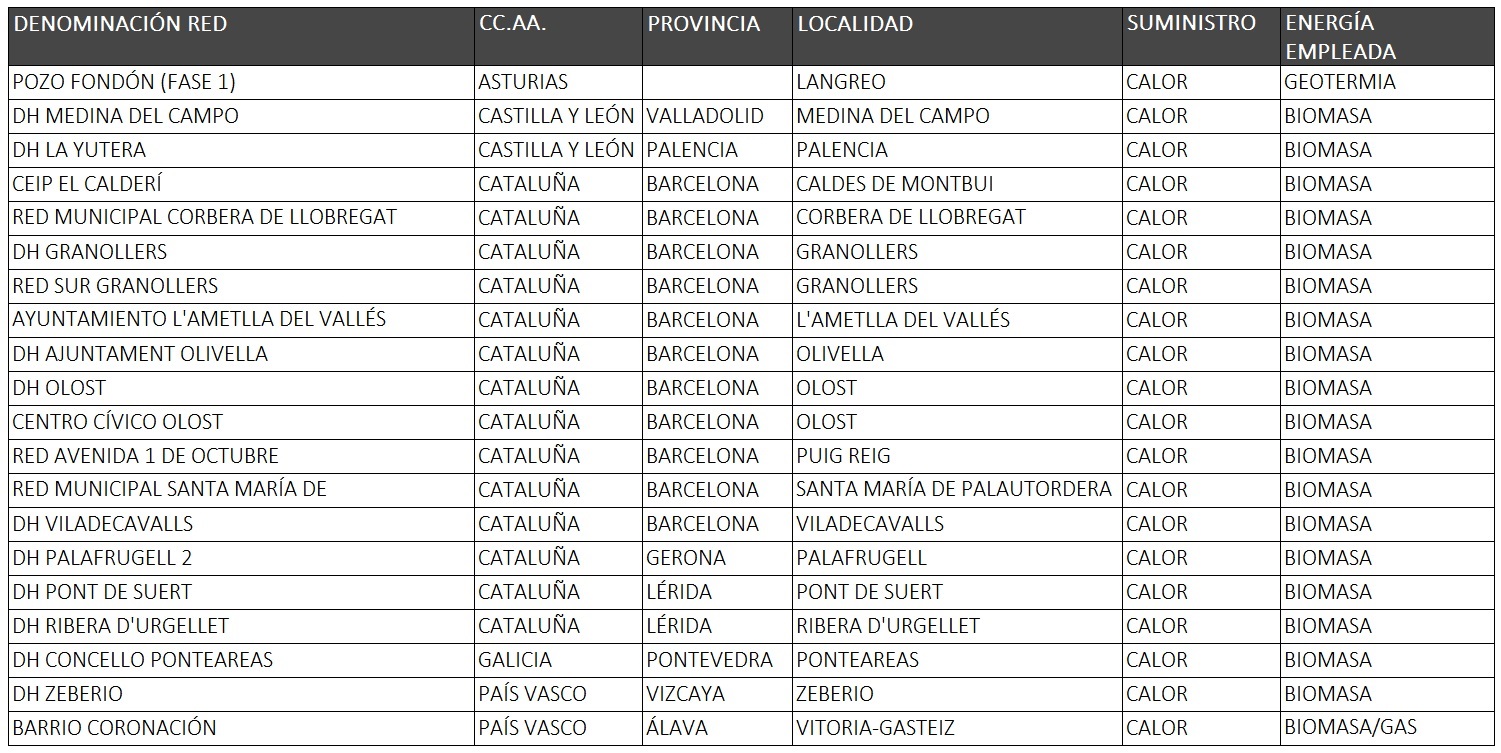 It stands out above all the other Catalonia with 14 networks

By Autonomous Communities, Catalonia stands out above all the other networks with 14 networks, followed by Castilla y León and the Basque Country with two and Galicia with one. In fact, only in the province of Barcelona have been built this year 11 of the 20 start-ups.

Currently, there are many new networks being planned and built. The sector trusts that the aid published by the Government of Spain and the Autonomous Communities will encourage this heating system, which has great benefits for the decarbonization of energy and the fight against climate change, the reduction of air pollution in cities by replacing thousands of individual heaters and considerably reducing the heating costs of consumers and customers.

ADHAC has collaborated with the promotion of Expobiomasa on a regular basis since 2014, and publishes the Census of Heat and Cold Networks on an annual basis. You can find in the following link the censuses and presentations of the last years.

Related exhibitors
Our Exhibitors
More than 500 exhibitors will present the latest developments, products and technologies available in the international market.
Know them
Noticias relacionadas
ENSO and GARCÍA-CARRÍÓN promote a new thermal generation project of 10.000 tons of biomass
Double prize for innovation in the biomass sector in 2023
The assembly of the new biomass plant in the DH of CEDER-CIEMAT ends