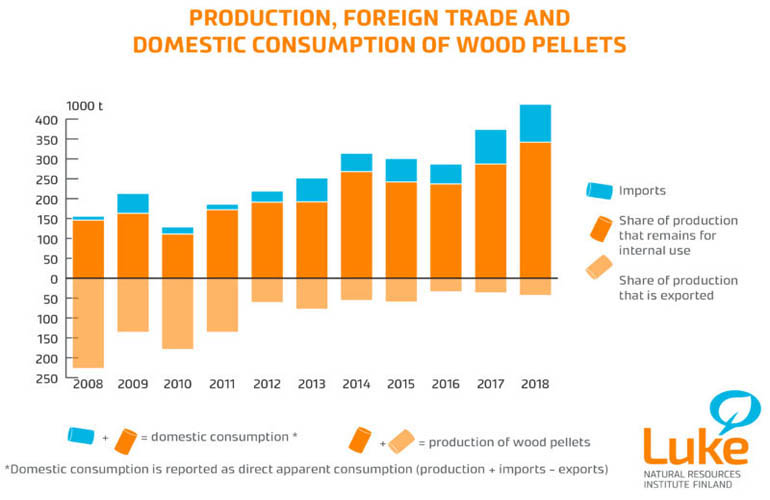 According to the latest statistics from the Natural Resources Institute of Finland, a total of 385.000 tons of wood pellets were produced in Finland in 2018, almost one fifth more than in the previous year, and the highest production in history.

As well at 2018, imports set a record with a total of 95.000 tons of wood pellets imported into Finland. They increased an 10 percent and were mostly imported from Russia. A total of 43.000 tons were also exported, mainly to Denmark and Sweden.

Finland will be the guest country in the next edition of EXPOBIOMASA.

Noticias relacionadas
Record production of wood pellets in Spain with 714.000 tons
The Castilla y León vineyard can provide heating and hot water to 60.000 homes
Biomass production for boilers grows 800% in seven years in Catalonia
Related exhibitors
Our Exhibitors
More than 500 exhibitors will present the latest developments, products and technologies available in the international market.
Know them