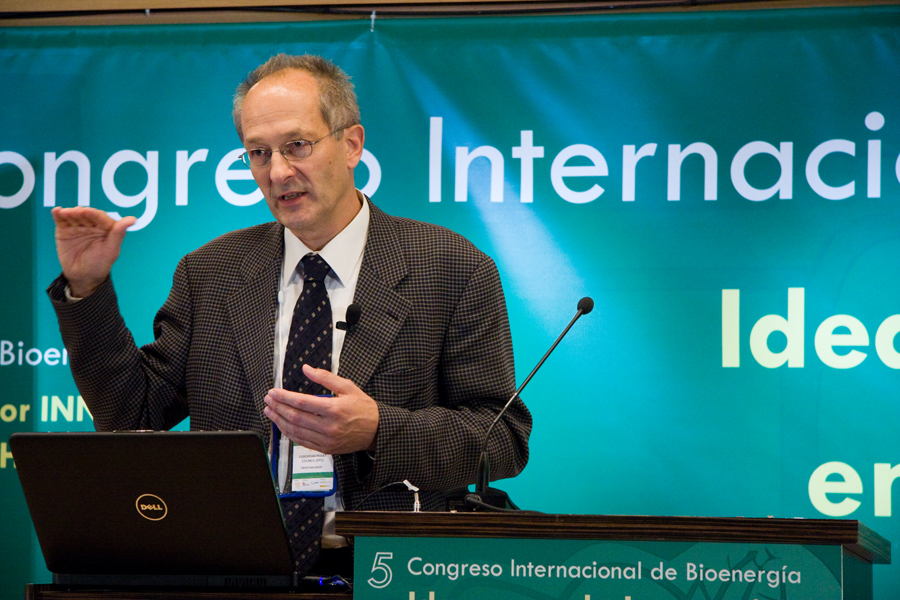 The jury highlighted the solid collaboration of the president of the World Bioenergy Association in the dissemination and development of the energy use of biomass in Spain for years.

The award ceremony will take place on December 3, Bioenergy Day in Spain.

The Spanish Biomass Association (AVEBIOM) awards the award 'Foster 2020 Bioenergy'' to Christian Rakos, current president of the World Bioenergy Association, in recognition of the solid collaboration that, in a personal capacity, he has maintained with AVEBIOM in the dissemination and development of the solid biomass sector for energy uses in Spain since 16 years.

The jury wanted to recognize the significant support that Christian Rakos has given to the advancement of the bioenergy sector in Spain from each of the positions he has held, first in the Austrian Energy Agency (Österreichische Energieagentur), as president of Propellets Austria and the European Pellet Council (EPC) and, currently, as president of the World Bioenergy Association.

The president of AVEBIOM, Javier Díaz, will deliver the 3th Fomenta la Bioenergía award on December 2020, the date on which Bioenergy Day XNUMX is celebrated in Spain, in a virtual event.

The support of Christian Rakos at the beginning of the Spanish Biomass Association has undoubtedly allowed the organization to reach the place where it is today: bringing together the 150 leading companies and entities in the sector, employing more than 11.000 people and they invoice more than 2.000 million euros a year.

“Christian Rakos has collaborated very actively in the different editions of the International Bioenergy Congress and Expobiomasa, as well as in the arrival of Austrian knowledge and technology to our country; He has even been a perfect host in the numerous visits of businessmen, technicians and public officials that we have organized to Austria ”, highlights Javier Díaz.

Likewise, this award recognizes his enormous work in the launch and expansion of the ENplus® certification, which has contributed so much to give credibility to the pellet sector worldwide for 10 years and which already has more than 1.000 manufacturers and distributors of certified pellets all over the world.

In previous editions they have received the 'Promotes Bioenergy' award City Council of Tarrasa (2010) Representative (2011), the Energy Agency of Andalusia (2012), the Castilla and leon meeting (2013), the Office of Climate Change of the Ministry of Agriculture and Environment (2014), the Xunta de Galicia (2015), the public company Nasuvinsa-Navarra of Land and Housing (2016), the University of Valladolid (2017), the Give-Ciemat (2018) and Basque Energy Agency (2019).

Noticias relacionadas
WEBINAR: "BIOMASS EMISSIONS: ARE THEY BEING ACCOUNTED WELL?"
AVEBIOM proposes two projects to the Government of Spain to bring renewable heat with biomass to 900.000 people
Bioenergy Day in Spain: almost a month of energy self-sufficiency thanks to biomass
Related exhibitors
Our Exhibitors
More than 500 exhibitors will present the latest developments, products and technologies available in the international market.
Know them